Disposal of ashes after cremation 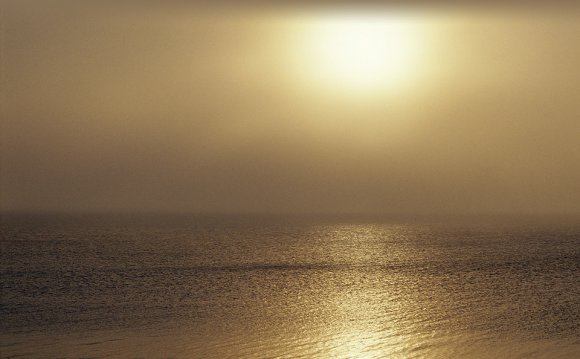 This article was first printed in the Fall, 2005 FCA Newsletter

FCA has a pamphlet called "Common Funeral Myths" that separates funeral fact from fiction. From the queries we've been getting lately, it might be time to come out with a tract on Common Cremation Myths. Sadly, many believe there are all sorts of legal restrictions on what they can do with cremated remains, and we have a feeling people are spending more than they need to because of these beliefs.
It's true, there are a handful of legal restrictions on scattering in some states, but they're few and far between. They're also largely ignored and unenforceable (more below). Here are some general answers to the common questions we hear about cremated remains.
donate2
Q. Do ashes pose a health or environmental hazard?
A. No, and neither does almost anything that's been exposed to an oven heated to nearly 2, 000 degrees Fahrenheit. What remains after a cremation are inert fragments of bone - mostly calcium. Crematories then pulverize the fragments into smaller pieces. Depending on the crematory, what you'll get back will resemble anything from gray aquarium gravel to something like powdery concrete dust.
Q. Don't you have to bury ashes in a cemetery?
A. No. In all states you may keep the ashes at home if you like, or scatter them on your own property. You may scatter them on someone else's property with the permission of the landowner.

Q. Don't you have to buy a permanent urn?
A. No. One of the more underhanded industry tactics to get families to buy expensive urns has been the promotion of the term "temporary container." Unscrupulous crematories will stamp words such as "TEMPORARY CONTAINER - NOT SUITABLE FOR LONG-TERM STORAGE" on the plastic or cardboard container in which they return the ashes. In a craven move last year, the Texas Legislature danced to the funeral industry's tune and enacted a law that all crematories must stamp such a warning on containers. Don't be manipulated by this shameful tactic. You decide what container is "permanent" or "suitable."
Q. Where can I buy an urn?
A. Obviously, many funeral homes and crematories have a wide selection of urns, from the plain to the ornate. But the funny thing is, any attractive piece of pottery seems to jump in price the moment the word "urn" is affixed to it. A similar container sold for another purpose might be just as suitable, and cheaper. One woman's family put her ashes in a favorite cookie jar - a fitting tribute to a grandma who prided herself on her baking.
Q. Can I scatter ashes in a river or in a state park?
A. The answer to this is both yes and no. Read on below.

Those who want to make sure you pay them to scatter your ashes are keen to point out obscure regulations. We recently found a New Jersey funeral home Web site that alarmingly declared: "If you scatter ashes off a local jetty, you break Federal Law." Really? Well, kind of. After years of trying to track down an EPA spokesperson who could give us the skinny on federal rules, we found an expert willing to talk. Our spokesman - let's call him Deep Urn - has decades of experience with several EPA regional offices. In exchange for anonymity, he agreed to explain what's really behind section 229.1 of the Federal Environmental Protection Agency law. To paraphrase, the law says anyone in the U.S. can bury remains (including ashes) at sea so long as they:


But what about families that stand on the beach and scatter? Are they really in danger of prosecution? No. Burials or scatterings that take place within three miles of shore fall under the Clean Water Act, rather than the EPA rules, Deep Urn said. States, not the Feds, enforce the CWA. He said he's never heard of any state that pays attention to scattering cremains on the seashore.

And what about the EPA?

"I don't care about cremated remains, " he said. "We're trying to deal with real polluters."

He said if you interpreted the laws literally, fishermen could be prosecuted for using bait and allowing it fall off the hook. Obviously, no one is going to do that, he said, and cremated remains are no different.

What about the reporting requirement?

Officials with state and national parks have also confirmed to us they turn a blind eye when families scatter, even if it's against the rules. If a funeral home "warns" you about the prohibitions on scattering, it's probably safe to thank them for their kindly concern and go on your merry way.

The Process of Modern Day Cremation Video 2 of 2

After Funeral of HUMAN BODY, Bones & Ashes Thrown Aside at ...