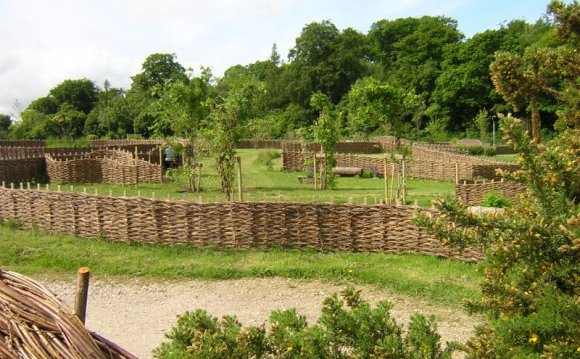 A columbarium is an above-ground building that houses cremated remains. A columbarium is composed of small wall spaces, called niches, that are about the size of an urn. Each niche holds a single urn, though it may be possible to purchase a group of niches together to house multiple urns. Once the urn containing the ashes has been interred in the columbarium, a bronze plaque will be placed on the outside of the niche identifying whose remains are interred inside. Prices for columbarium niches will vary depending on the location of the niche in the columbarium.

Many cemeteries have urn gardens for burying urns. While some urn gardens are small landscaped plots in a dedicated area of the cemetery, others are much more elaborate; some cemeteries will inter the cremated remains in the landscape, such as in a large rock, in a bench, in a fountain, or in other landscape elements.

Burying Cremated Remains In A Plot

You may purchase a plot and bury cremated remains in a plot (grave). Because cremated remains are significantly smaller than a body, most cemeteries will allow for the remains of multiple people to be buried in the same plot. If the remains will be buried in the ground, many cemeteries require that the urn be enclosed in an urn vault. Much like a burial vault, an urn vault is used to support the soil around the urn and ensure that the soil above and around the urn will not collapse, which ultimately serves to minimize cemetery maintenance. If you are not interested in purchasing an urn vault, consider burying the remains in a green burial ground, which does not require burial vaults or grave liners.

When purchasing a columbarium niche or a plot in an urn garden, be sure to ask for a full price list of all immediate and future charges. Cemeteries are not legally required to provide you with an itemized price list. However, you should feel free to ask for such a price list. As with funeral homes, the transparency offered by a cemetery is often a good indicator of the ethics and professionalism of the company.

The Burial of Ashes from Dachau - Memorial Plaque composed ...