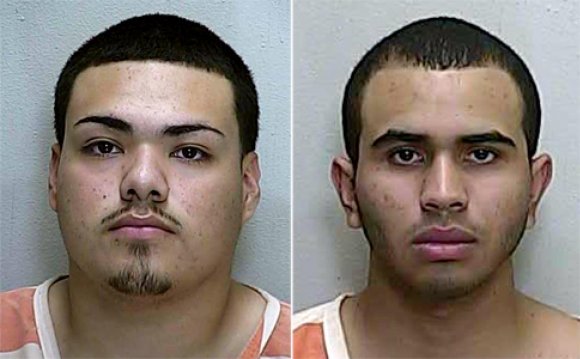 I have written off and on about some of the problems that are setting up around cremation. Of course there has been very little explicit teaching or information available to Catholics to help them to frame their thinking. To assist modestly in that refelction I wrote the following flyer for my own parish. What follows is the text of that flyer. In case you are interested, I provide it in PDF format here: Considering Cremation?

Some years ago, the Church gave wider permission for cremation and also lifted traditional restrictions on having cremated remains present in the church for funeral Masses.

A pastoral provision – Extending this permission is pastorally understandable, though traditional burial (interment) of the body is still preferred. Very few if any people these days choose cremation for the reasons it had traditionally been forbidden, namely as a denial of the resurrection of the body. Generally, the reasons cremation is chosen today are economic ones, due to the increasingly high cost of traditional burial. However, the cost savings are not as significant as they once were.

Certain recent trends that are problematic – Although the Church recognizes cremation as a fitting and understandable option for Christian Burial, certain recent trends related to cremation are inappropriate and should not be considered fitting. Among these trends is the failure to secure proper interment for the cremated remains by placing them on mantles or in closets, scattering them, dividing them among relatives, or even making jewelry and other keepsakes using them.

Therefore, please consider some of the basic norms from the Church regarding cremation:

The Church earnestly recommends that the pious custom of burying the bodies of the dead be observed; it does not, however, forbid cremation unless it has been chosen for reasons which are contrary to Christian teaching (Code of Canon Law No. 1176, 3).

Although cremation is now permitted by the Church, it does not enjoy the same value as burial of the body. The Church clearly prefers and urges that the body of the deceased be present for the funeral rites, since the presence of the human body better expresses the values which the Church affirms in those rites (Order of Christian Funerals no. 413).

The cremated remains of a body should be treated with the same respect given to the human body from which they come. This includes the use of a worthy vessel to contain the ashes, the manner in which they are carried, and the care and attention to appropriate placement and transport, and the final disposition. The cremated remains should be buried in a grave or entombed in a mausoleum or columbarium (Ibid).

The practice of scattering cremated remains on the sea, from the air, or on the ground, or keeping cremated remains in the home of a relative or friend of the deceased are not the reverent disposition that the Church requires (cf Order of Christian Funerals # 417).

Perhaps the quickest way to summarize these norms is to say that we should treat the cremated remains of a loved one in the same way we would treat his or her body. For, in fact, this is what remains of the body. And just as we would not think to scatter body parts about, or to have one relative take an arm home and another a leg, neither should we do this with the cremated remains. And surely we would not consider melting part of the body down into jewelry or retaining part of it (other than perhaps a lock of hair) as a keepsake. Neither would we fail to bury the body at all.

Basic requirements for reverent interment – The key point is to treat the cremated remains just as we would treat the full body. Reverent handling and proper disposition are essential.

Proper interment of the remains should be sought, meaning either in cemetery grounds or a mausoleum. Most cemeteries these days have special mausoleums (sometimes called columbariums) with small covered and secured niches where the cremated remains can rest. Proper interment should not be delayed. Ideally it should take place the day of the funeral, and if not that day then very shortly thereafter.

What about financial hardship? For some families, the choice of cremation is based on financial hardship. This choice often also means that there is no plan or ability for committal or burial of the cremated remains. As a means of providing pastoral support and an acceptable respectful solution to the problem of uninterred cremated remains, Catholic cemeteries offer to inter these remains properly at little or no cost. Some of these offer a common vault in a mausoleum for the interment of cremated remains. The names of the deceased interred there are kept on file, though not usually inscribed on the vault. Other cemeteries maintain an area for the burial of both cremated remains and the bodies of those who cannot afford a gravesite with a personal marker. So the lack of money should not hinder the proper interment of cremated remains.

Conclusion – Cremation, though less ideal than the burial of the body, is permitted by the Church as a pastoral provision and is a needed solution today for increasing numbers of people. However, we ought to be aware of the need to handle cremated remains with the same reverence we have for the full human body. The cremated remains of a human person are not “ashes.” They are human remains and should be regarded as such. One of the last gifts we can give our loved ones is the proper and reverent interment of what remains of the body. This, along with our prayers for their souls, remains a duty and a work of mercy. It should be handled with devotion and all proper reverence.