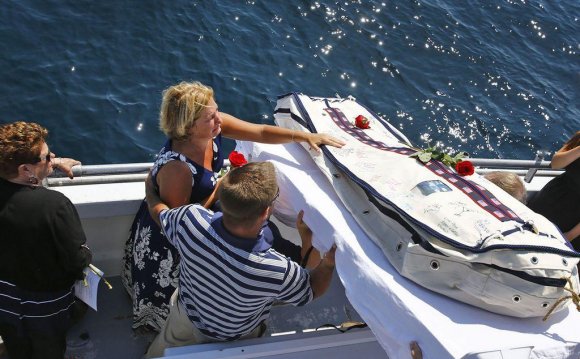 That’s because, surprise! Dead bodies aren’t the biohazards many assume them to be. Remember that human rituals for disposal of the dead far predate the germ theory of disease (in which certain microorganisms are responsible for illness and infection, rather than vaporous “miasmas” and other debunked beliefs of yore). The process of decay may look like disease, but the bacteria found in dead bodies are the same ones that exist in the living, there are just a lot more of them.* You see, while dying may be undesirable/inconvenient for the individual, it’s a big party for our inner microbes. Once the body throws in the towel for good, enzymes begin breaking down our cells (a process called autolysis, or self-digestion). This floods the fresh corpse with food, allowing the microbes to multiply. By-products of the bacterial boom cause cadavers to bloat and stink and generally upset the senses of the living, but there’s nothing uniquely dangerous in there.

Even the famously malodorous compounds Putrescine and Cadaverine – by-products of decay but sometimes also culprits in bad breath – are toxic only if ingested in large doses. And, really, why would you want to do that?

It’s not that corpses are completely clean and cuddly and should be stored on your kitchen countertop. But the main risk they pose is basically the same one posed by living bodies – they can pollute the water. It’s a bad idea to float a dead body down the Ganges River for the same reason it’s a bad idea to dump raw sewage into it – bacteria in the water supply can cause gastrointestinal illness. Possible groundwater contamination is the major health threat of improper disposal of bodies, particularly in areas that rely on untreated well water. However even burying bodies in cemeteries doesn’t always prevent this problem.

So negligible is the threat posed by corpses that the World Health Organization (WHO), in its guidelines for dealing with dead bodies in emergencies, urges against rushing them into mass graves, especially if the emergency in question is a natural disaster rather than an epidemic. According to WHO, the benefits of clearing out corpses are mostly psychological (I’d imagine having to constantly sidestep dead bodies is pretty demoralizing), and hasty mass burials only make matters worse for survivors by thwarting the identification of the dead. When epidemics are involved, of course, disposal of the dead needs to be done with more protective clothing and disinfectant. (And watch out for ticks if the problematic illness is typhus or plague.) But despite the ghastly smell of cadavers, no harm will come to you from simply breathing the air around them.

But since the psychological impact of confronting death by confronting corpses is a valid concern, we’ve developed some ways to keep our dearly departed from littering the public streets. Let’s have a look at some options.

Most corpse disposal methods involve getting the body either into or onto the ground, but whether by burial and cremation there’s a lot of diversity in the logistics.