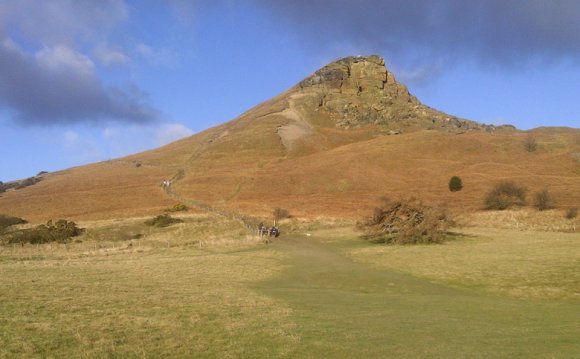 Question:Recently, a longtime travel friend died. She had traveled with us several times on African safaris and was in love with Africa, the animals and the safari experience. One of her wishes was that we take her ashes on our next trip to South Africa and sprinkle them on a game-filled savanna in her memory. Are there any rules that would pertain or restrict taking someone's ashes in a carry-on or checked luggage?

Answer: Yes and no, and there are many more rules than just luggage.

So, yes, if you go strictly by the book. No, if you are what's called a "wildcat scatterer" who believes it is better to ask forgiveness than permission and who also probably knows the name of a good lawyer in the country of destination.

If you're going by the rules, No. 1 on your list should be checking with the airline; in this case, that means every airline you'll be using to your destination, not just the originating carrier. If you are disclosing what you're carrying, documentation may be required.

Let's say you are flying Delta to Johannesburg, then South African Airways to Kruger National Park. Their policies are similar but not exactly the same and mimic some of the issues you'll encounter flying to any destination.

In Delta's section on special items, under "Fragile, Bulky and Other Items" (and not, thankfully, under "Perishables"), you'll find this information: "You can carry on or check cremated remains…. If you'd like to carry them on with you, they must pass through the X-ray machine. If the container is metal and prevents the screener from clearly being able to see what's inside, it will not be allowed through the security checkpoint."

The Transportation Security Administration will not open any container with ashes, even if you say it's OK and even if you have documentation explaining what's in there. That means you must choose the container carefully. If the urn or box is, say, lead lined, whether it's in checked or in carry-on, your trip with your ashes will be a non-starter.

Furthermore, if you pack the ashes in checked baggage and the bag doesn't arrive, the scattering also will be a non-starter, which suggests carry-on is the safer option. This is one time when you should pay attention to the admonition to check around your seat and in the overhead for all your possessions before you get off.

Well before you reach Kruger, you also must request permission to scatter in writing, said William Mabasa, the general manager for communications and marketing for the park.

And that's one of the simpler scenarios.

"Different countries will have different requirements and rules regarding travel with cremated remains, " said Maggie McMillan of Wiefels Funeral Directors in Palm Springs and president of the Assn. of California Cremationists. "It is important to check with the consulate/embassy before traveling to learn what the specific rules in the chosen country are."

When you contact the consulate, you'll probably need a certified copy of the death certificate, a disposition permit and some sort of identification for the decedent, which could be a passport, McMillan said, but could be a driver's license.

If that's the case, you'll need help from the funeral home because "the process of arranging travel with cremated remains can be daunting."

But if you are undaunted and choose the "forgiveness-not-permission" route, you still should note that you are supposed to ask for an OK before disposing, whether it's on private or public lands.

You won't get the go-ahead if you ask to spread ashes at Disneyland. If Yosemite meant something to your loved one, you can do so there if it's done away from the public, it's 100 yards from water and you don't end up with a mound of ashes, Yosemite's website says. Check with the parkland you're considering. Beaches also have special rules.

Do people still scatter without seeking permission? Of course they do, and oftentimes nobody is ever the wiser. It may not even be noticeable. As McMillan told me in a telephone conversation, "The consistency [of ashes] can range from very, very fine dust or sand … to a little bit more granular." When it rains, ashes will "absorb into the earth, " she said, unless, of course, you've poured them inside, say, the Lincoln Memorial.

We all know friends who have scattered without asking for permission. One colleague took her mother's remains to the beach to toss into the Pacific, although a stiff, sudden wind blew them back into the parking lot. A friend of many years emptied a little bit of her father-in-law, a World War II veteran, into Pearl Harbor. She accomplished this because she has a cherubic face and, more important, did so discreetly.

Unlike the man a decade ago who sprinted onto the field at a Philadelphia Eagles game, trailing his mother's ashes behind him. She was a sports fan, he explained later. The Eagles do not allow the spreading of ashes on the field, but once the deed was done, it wasn't as though they could make him go back and pick them up. As punishment, he was ordered to do community service.

Scattering urns for cremation ashes. Urns made from cardboard.