Can human ashes be scattered anywhere? 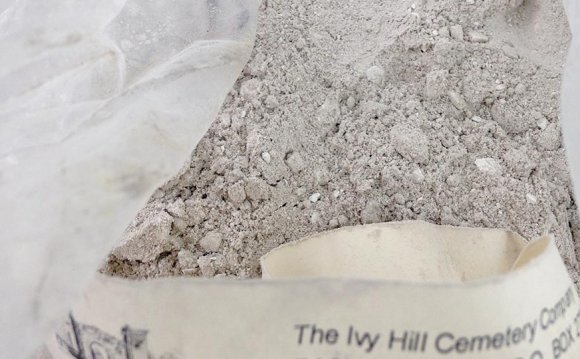 Roman Catholics must keep ashes of the deceased in an urn.

For centuries, the Catholic Church did not allow observant members to cremate their dead due to ancient religious convictions concerning the potential for resurrection. While the church has officially allowed cremation since 1965, the resulting human ashes are still technically forbidden to be "spread." Observant Roman Catholics should note that human remains can only be housed in specific storage vessels and locations.

Cremation, or the burning of a human body to reduce it to ashes, has been practiced in Europe since the Bronze Age. Roman Catholics forbade the practice primarily because it was associated with pagan rituals. The Catholic Church also frowned upon the resulting spreading of ashes because the practice destroyed and disassembled the body, thus making resurrection an outright impossibility. Because the resurrection of Jesus Christ is an important belief in the Catholic religion, the notion of scattering ashes had a sacrilegious aspect.

The change in the church's official stance came in 1965, partly due to increasing pressures of public health and safety, and also as an acknowledgement of changing social times. As a burial method, cremation had steadily gained in popularity in the United States since the late 19th century because it was less expensive than a traditional funeral. Cremation also helped reduce the incidence of disease in neighborhoods afflicted by poverty or areas of a city hit by a health epidemic.

According to the dictates of the Roman Catholic church, after the body is cremated, the ashes should be kept in a sealed urn. This urn should not be kept in the home, but rather in a specified burial site. The urn itself can be placed in a specialized crypt, burial plot or specific geographical location as long as the urn is guaranteed to remain sealed so that the sanctity of the body can be retained. At no time are the ashes to be scattered or "spread."

After John F. Kennedy, Jr.'s untimely death, his body was cremated and his ashes were carefully sealed into an urn and placed, not scattered, into the sea. Kennedy had been aware of the church's policy against scattering ashes, and made provisions so that he could be buried at sea without violating the tenets of his religion. Many news agencies incorrectly reported that his ashes had been spread, when in fact they remained sealed within the urn.

An Ongoing Battle: What to do with nuclear waste | People

Scenario 2 -What to do with your dead during a wrol situation.

Abortion Provider on What to Do with Fetal Remains: Put ...